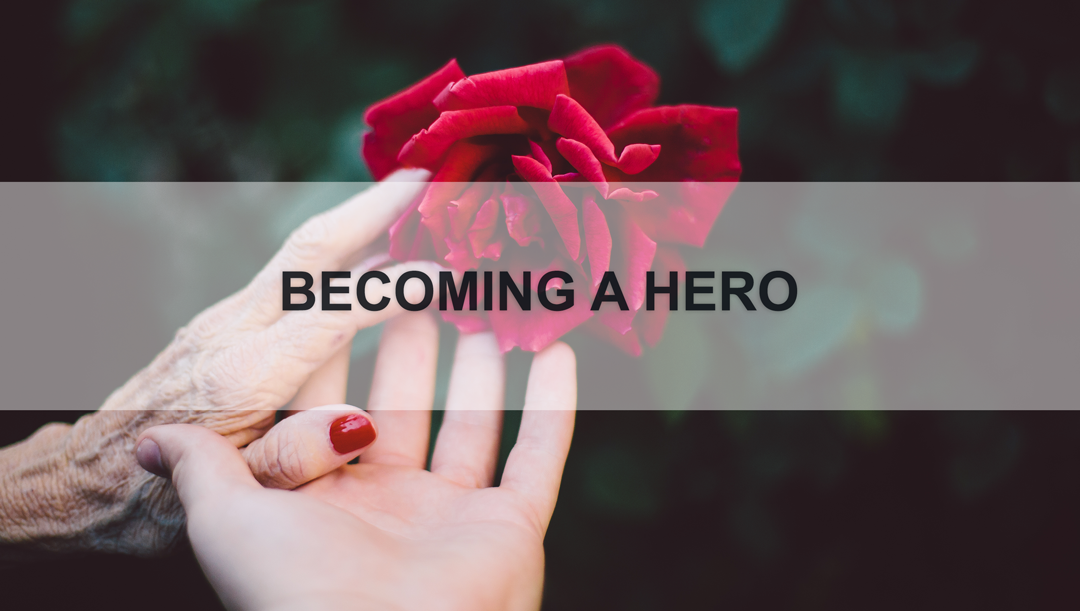 A monument was never erected to the average, mediocre, or lazy. If you think about it, skilled marketers would never promote a product giving you the opportunity to become second-rate or run-of-the-mill. Our culture flocks to superheroes to connect vicariously to the fantasy larger-than-life protectors and saviors of the planet. At the same time, sports figures, actors, and pop stars become role models because of skills, beauty or popularity. What is also happening is that our mindsets are being unconsciously manipulated as to what it really looks like to be successful.

You see, within every human being is an innate core desire to be a hero. At just two-years-old my grandsons both watched “Fireman Sam” countless times as he rescued Norman Price and the other members of the fictitious Welsh town of Pontypandy. One of my grandsons told me they wanted to be like Fireman Sam “because he saves people!” More than being just a colorful cartoon, this animated firefighter deeply touched the value-centric purpose of his young life.

At 18 years old I moved to Washington, DC to work in the laboratory division of the FBI, a world-famous justice organization. I was going to change the world! I was going to right wrongs, help bring perpetrators to justice and protect the innocent. I dreamed of doing something great with uncompromising character and courage.

We must recognize that this is NOT a pipedream! The problem is that we often fail to understand the true definition of heroism and the fact that every person can become a genuine hero. There are many unsung heroes around us and we can personally join their ranks!

So the question is, what is a hero?

A person recognized for daring acts of character: In a world where moral codes and ethical principles are hard to find, it is easy to adopt the belief that the end justifies the means. Anyone can choose to take advantage of others to gain a platform for themselves. A hero, however, is one who embodies the uncompromising courage to do what is right, just, and fair even at their own hurt and in the midst of their own pain. It takes an internal strength of character to do the right thing, not just some of the time, but all the time.

A person who is admired through courageous accomplishments: An accomplishment is the achievement of something that we can do well after much effort, sacrifice, and practice. A hero does not compete with others but invests his/her best in what they do well. They hone their skills and do what they plan in spite of opposition and failure. They beat the odds because they refuse to give up, cut corners, or deceive others.

A person whose character and accomplishments help others: The word to focus on here is “others.” A hero gives his/her life for a higher cause and serves a mission greater than him or herself. It is so easy to live within our creature-comforts (the things that improve our well-being). However, a hero pushes through pleasure to purpose-driven service; they break the barriers of selfishness in the midst of his or her own need, and they pay a price that others do not see. True heroes are not looking for the accolades of man, but rather they find fulfillment in leaving our world a better place both now and for generations to come.

It’s time to be heroic leaders in our individual worlds of influence. Like the classic Superman, jump into the invisible phone booth of your mind and come out in your hero suit—it’s the real you!