Riding the Wave of Momentum 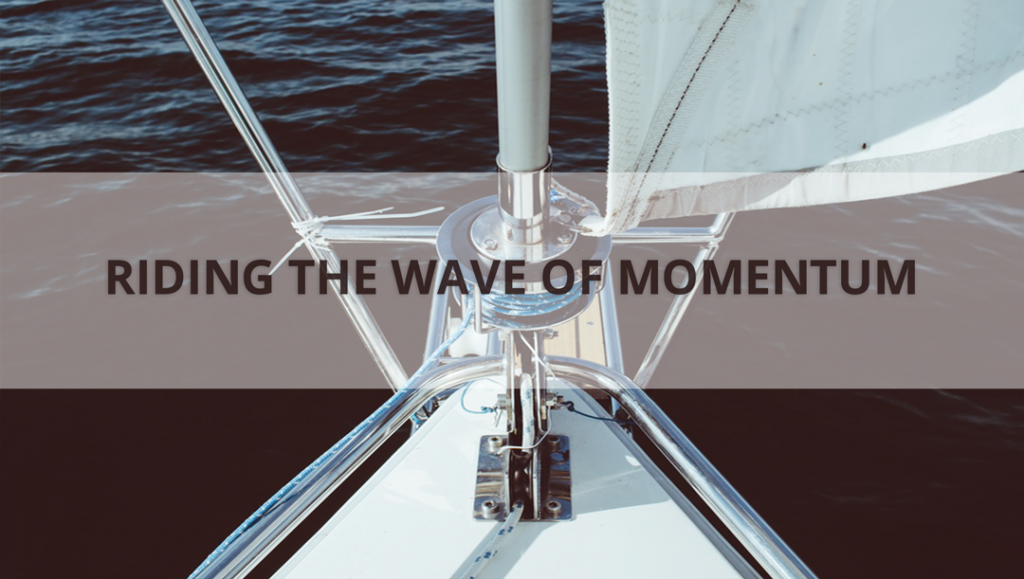 Every leader has survived seasons of life when they have invested large amounts of energy with small rates of return.  It is in those seasons that many grow discouraged and believe “this is just the way it is” or they give up completely. There is another group of leaders, however, who continue to invest unwaveringly as they move into a momentum that generates a large rate of return with much less effort.  This is often referred to as the tipping point.

“Success requires first expending ten units of effort to produce one unit of results. Your momentum will then produce ten units of results with each unit of effort.” Charles J. Givens

The wave of momentum produces a capacity for progressive development and the power to increase at an ever-growing pace. When we experience the culmination of a build-up of small investments and the accumulation of many courageous forward-thinking decisions, we experience a BIG change that seems to take place suddenly. The weight of this momentum almost carries itself as we witness the rewards of our labor.

Refuse to stagnate! You want to work hard in the midst of momentum because it produces so much more with much less effort. Problems are not messages of doom and gloom in the middle of momentum.

Let’s liken it to a stopped train which cannot move forward because there is a one inch cement block on the track holding it back. Comparatively, that same train, once it is traveling 55 miles per hour will cut through a five-foot steel reinforced concrete wall and keep on going.

Dream bigger dreams! Your perspective is clearer to see what more can be accomplished in the midst of momentum. Your brain’s neural-networking is releasing chemicals activating creativity and the motivation for continued advancement. This internal clarity connects positive emotion with positive action allowing the momentum to continue.

Don’t let the ball drop! A football team can be functioning beyond their natural abilities when the momentum is in their favor, but one dropped ball can bring them to a full stop. Dropping the ball has a huge negative emotional impact to others as well as self.  Follow-through, keeping deadlines, excellence and positive attitudes keep momentum going building confidence in self and others.

Keep it simple! Don’t complicate systems and procedures as you are advancing. The foundation you laid brought you to this point so trust what you’ve established. Don’t sweat the small stuff nor make mountains out of molehills. Be flexible and value every advancement or open door.

Celebrate your partnerships! Recognize the wave of momentum didn’t come in isolation so be sure to honor and value your team. Some may have worked directly with you while others were cheerleaders for you—both are valuable. It is difficult to express two opposite emotions at the same time so keep the smile on your face and the celebration in your heart for all who have invested.

As you ride the wave of momentum recognize you’ve stepped out of the mundane to the excitement of advancement. You will be a bright light shining that will attract many because enthusiasm and passion are contagious.

Be encouraged because your greatest days are before you!